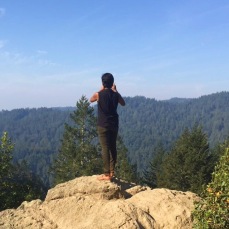 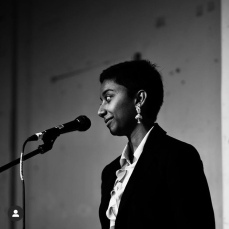 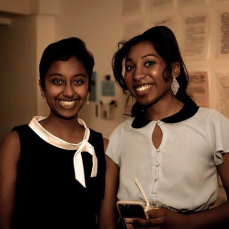 Divya M. Persaud is a planetary scientist, writer, and composer. With an ongoing focus in remote sensing for planetary geology and geophysics, Divya’s research has involved developing new methods for remote sensing analysis, including adapting lidar data for Mercury surface geochemistry and using stereo topography to study the impact craters on and geophysics of Saturn’s icy moons; mission concept development for lava tube detection on Mars using ground-penetrating radar; and laboratory (paleomagnetism and spectroscopy) experiments to understand meteorites, the asteroids they come from, and their impacts on Earth.

She is currently pursuing her Ph.D. in Space & Climate Physics at UCL’s Mullard Space Science Laboratory, where she is developing methods of 3D image processing, visualization, and analysis for Mars surface geology centered on Gale Crater, the exploration site of the Curiosity rover. She is furthermore a recent postdoctoral scholar with the Europa Lander team at the NASA Jet Propulsion Laboratory. Divya holds a B.A. (hons.) in geology and music composition from the University of Rochester and is an alumna of the NASA Academy.

Divya often speaks about her work and its relationship with space ethics, and centers outreach and engagement in her approach to research. She is the recipient of Elizabeth Puchnarewicz Award for Outstanding Contribution to Public Outreach from UCL and is passionate about outreach about planetary science, space missions, and space ethics. She is also the co-organizer of Space Science in Context, an experimental virtual conference about space and society and which seeks to innovate virtual meetings, funded in 2020 by the UCL Resesarcher-led Initiative Award. Divya has proceeded to become a virtual conference consultant interested in finding creative solutions to the difficult problem of effective, enriching virtual meetings. Divya is also a board member of the JustSpace Alliance.

Divya is also the poet of the upcoming book do not perform this: a song cycle, which won an Editor’s Choice Award (‘Great’ Indian Poetry Collective, 2017), and two self-published collections, color (2016) and de caelo et tellure (2015). Divya has read and published her poetry internationally; her poems have appeared in Anomaly, The Brown Orient, The Deaf Poets Society, and The A3 Review. She has performed at the Homegrown Festival in London and the Split This Rock festival in Washington, D.C., and spoken about her written work at arts events in Brooklyn and London.

Divya is additionally the composer of the self-produced song cycle/album THEY WILL BE FREE (2017), which fuses epic poetry and contemporary classical music. She constitutes one half of the chamber-pop duo The Scientific Endeavour with Najia Khaled, with whom she is working on a debut album as cellist and songwriter. Her art incorporates her polymathic background and transcends form to discuss memory, human connection, and the double-diaspora experience.

Divya hopes to be the first cellist on Mars.